Flat rate shipping of AU$8.95 on all orders

Menu
$0.00 Cart
ENQUIRE NOW
Menu
back to all

How to control mould in your home using NocoSpray?

NocoSpray is a versatile system that can be used as a home disinfectant and insecticide as well as for mould control.

There is a need for building code changes to tackle the lingering damp housing problem in Australia with the current and future weather patterns which is predicting wet weather for coming months ahead. But for existing homes, what is the answer? Effective mould control can certainly alleviate the issue. And by destroying mould and eradicating the spores from surfaces and in the air—this is exactly what NocoSpray does.

NocoTech is a technology that produces an H2O2 vapourised disinfectant that cleanses the air and all surfaces by killing bacteria, viruses, mycobacteria, mould, fungi, spores and yeasts. It is one of the best products for maintaining a clean, healthy environment. The powerful disinfectant quickly destroys germs and disinfects not only the air but surfaces as well.

One of the great benefits of the NocoSpray system is that the machine does the work. There are two parts of the system—the NocoSpray machine and the NocoLyse disinfectant solution. The machine heats the solution and disperses it throughout the room. The vapour kills harmful micro-organisms on contact, destroying mould growing on surfaces as well as spores carried in the air.

Why Does Mould Form?

Most homes provide the ideal environment for mould, particularly bathrooms and kitchens with little ventilation. Bedrooms can also be susceptible to mould, simply due to respiration and attics and basements that have any water ingress can also be havens for mould, especially if there is limited ventilation.

A combination of factors encourages mould to form:

Due to the Australian humid and wet climates of recent years, there has been a huge increase of mould in Australian homes. Not only is mould unsightly and smelly, but it can also pose serious health hazards. Mould exposure can cause a variety of health problems, including respiratory issues, skin irritation, and even neurological problems. If you are experiencing a mould problem in your home, it is important to take action right away as they can be harmful if the mould is:

Can lead to life-threatening or serious health conditions. Some of the facts and concerns laid down by the NSW Health Authority can be found here for reference.

How NocoSpray Works on Mould

NocoSpray is a microbial solution that destroys moulds and yeasts, killing all microbes and spores with its use of revolutionary technology, dry Hydrogen Peroxide (H2O2) vapourisation. As the vapour permeates everywhere in an enclosed area, it is effective in getting rid of both airborne spores and moulds in every corner of the home, including those places where hands cannot reach.

The NocoSpray system is easy to operate. First, clean the room to remove dirt, dust and other debris where mould and spores can hide. Next, make sure the room is vacated and close the windows. Select the NocoSpray programme, press start and leave the room, closing the door behind you. In as little as 30 minutes, NocoSpray has done its job.

The advantages of using NocoSpray to prevent mould are vast, eliminating mould on tiles, doors, walls, ceilings and AC vents. By using NocoSpray to kill spores, you can stop the problem before it starts—and we’re all aware that prevention is better than cure.

Check out the video of NocoSpray in use. Fast, Easy and Effective.

Benefits of Using NocoSpray for Mould Control in the Home

Take Control of Mould in your Home Using NocoSpray

Mould is unsightly and also presents a very real health risk, causing allergies, asthma, and even more serious illnesses. If you would like to find out more about how NocoSpray can help with mould control problems and as a home disinfectant, please get in touch with our team of experts to find out more. 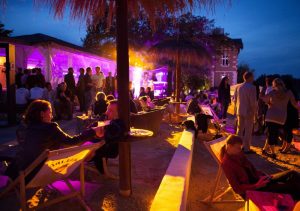 In the age of Covid-19, infection control for events and conferences has assumed a greater significance. For public venues, the COVID-19 pandemic has presented a 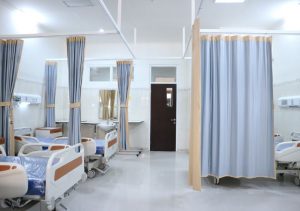 How NocoSpray helps keep patients and staff safe in Hospitals?

NocoSpray is one of the most powerful disinfectants for hospitals and is effective against Covid-19, flu and hospital-acquired infections, such as MRSA. It eradicates dangerous 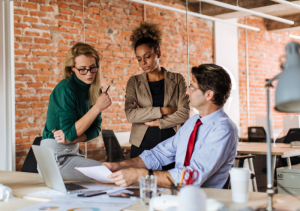 Despite covid-19 lockdowns hopefully becoming a thing of the past, the fact remains that it is still a highly transmissible disease where the risk of

Established in Australia in 1976, Equipmed is now a leading provider of innovative medical equipment that helps in infection and mould control.

Someone will get in touch with you within one business day

Thank you for contacting us. One of our team members will contact you shortly.