Flat rate shipping of AU$8.95 on all orders

Menu
$0.00 Cart
ENQUIRE NOW
Menu
back to all

How will NocoSpray assist with mould problems in aged care and nursing homes?

Mould is surprisingly common. It is known to thrive in cold and wet conditions, moist environments and areas of above-average humidity. It can be a tricky issue to treat because it can occur anywhere, but NocoSpray technology is proven to kill 99.99% of harmful microorganisms, including mould, fungus and yeasts as well as bacteria and viruses. In aged care homes where residents are particularly vulnerable, it can be a valuable solution to keeping them safe.

Part of the fungi family, mould consists of thousands of species. Mould spores are airborne, and once they land, mould can begin to grow. Mould growing indoors not only looks unsightly—and is a sign there is an underlying problem causing the damp conditions for it to grow in—but it can also cause health risks. This can be particularly troublesome for vulnerable people who may have allergies, or who have underlying pathogenic conditions that could be exacerbated by mould spores floating in the air.

What causes mould and what types of mould are there?

When you walk into a room that smells musty, you know something is wrong. Dampness is the culprit, and it usually shows up in the form of mould. Mould spores float through the air and can be carried inside. If it lands on a wet spot or liquid, like a wet wall or ceiling, it can start to grow.

So, mould doesn’t just appear out of the blue—it grows when conditions are right, typically because of an underlying issue. That issue is moisture. Mould can begin to grow indoors when moisture is allowed to build up, or when something has caused a leak. Mould loves damp places like a basement, kitchen or bathroom. So, it is essential to keep the inside of buildings dry, keeping an eye on steamy rooms, such as the bathroom, which is a commonplace for mould to grow—especially if it is not adequately ventilated.

Fortunately, most mould is not harmful to humans, but those that are can be classified into three groups:

This type of mould may cause an allergic reaction to those who are sensitive to it.

These moulds may cause health problems in people with underlying medical conditions.

The most dangerous type of toxic mould, can lead to serious and even life-threatening health conditions.

How dangerous can moulds be in aged care homes?

The presence of mould in aged care homes is an issue that can compromise the health of the residents. The most dangerous types of mould release toxins that are carcinogenic (cancer-causing), can affect brain function and lead to disorders of the immune system and other internal organs. Others can exacerbate respiratory conditions, including infections and asthma. Mould allergies vary but may include sneezing, wheezing and itchy, watery eyes.

Some examples of moulds include:

How can NocoSpray help in aged care?

NocoSpray is a complete sporicidal, disinfection technology that destroys moulds and yeasts. It uses revolutionary technology, Hydrogen Peroxide vapourisation, that sprays the sporicidal vapour into a room. As the vapour disperses it effectively kills airborne spores and mould on surfaces, including hard to reach crevices that may be missed when cleaning by hand.

The benefits of using NocoSpray to prevent mould are enormous. By treating areas prone to mould regularly, you can stop the problem before it starts. Preventing problems before they occur is a superior solution to waiting to have a problem. Whether the mould is on tiles, doors, walls, ceilings or air conditioning vents, regular use of NocoSpray in the area will control the problem before it starts. It is also:

The technology is simplicity itself. Plug in, set the cycle, switch on and leave the room, closing the door behind you. When it’s finished, surfaces are dry to touch and there is no harmful residue left behind that is harmful to either humans or pets.

It can reach into hard to reach areas, killing mould and spores on contact.

It is completely safe to use, even in environments that vulnerable adults or children use.

Safe for any Surface

NocoSpray can be used in rooms with technology or equipment, such as televisions, computers and in air-conditioning systems without causing any damage.

In conclusion, mould can be a significant health concern. It can cause allergic reactions, asthma, and infections but also more serious conditions. To speak to someone about how NocoSpray can help keep your environment safe, get in touch with us here. 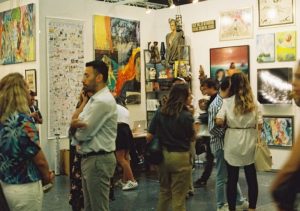 How can NocoSpray and Nocomax help to reduce the spread of influenza and Covid-19 in Art Galleries and Museums?

NocoSpray and NocoMax (NocoTech) are leading names associated with the prevention and control of infection. The patented technology disperses a micro-fine disinfectant  vapour into a 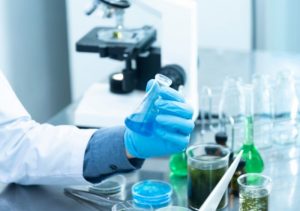 How to Use NocoSpray and Effectively Disinfect Your Laboratory

Hospitals and other healthcare settings, such as laboratories, are susceptible to infection with a variety of organisms that can cause major health concerns. To prevent 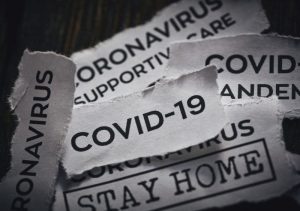 Which surface disinfectant is recommended and effective to reduce the spread of COVID-19?

Since the world first ground to a standstill as Covid19 made its way around the globe causing devastation on every continent, we now have effective

Established in Australia in 1976, Equipmed is now a leading provider of innovative medical equipment that helps in infection and mould control.

Someone will get in touch with you within one business day